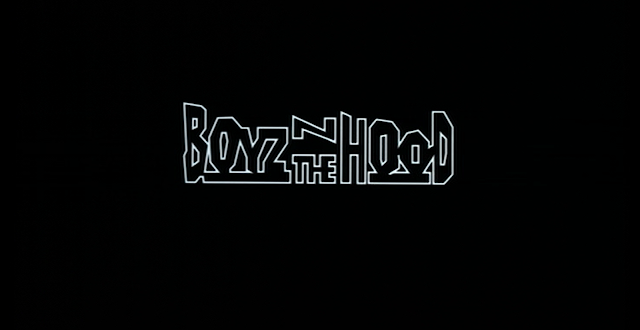 Boyz n the Hood was released into theaters on July 12th, 1991. Filming locations include Los Angeles, Ca. It was wrote and directed by John Singleton. The movie marked Singleton's directorial debut. He made a cameo as a mailman. Ice Cube and Morris Chestnut played the Baker brothers; it was the first film for both of them. Boyz n the Hood serves as the quintessential movie for hood life and many of the situations and characters were derived from Singleton's real life. It was nominated for two Academy Awards, Best Director and Best Screenplay. In 2002, it was added to the National Film Registry. Ice Cube contributed to the soundtrack with How to Survive in South Central as well as writing and producing other songs featured in the movie. The score was composed by Stanley Clarke. The films first DVD release was on July 14th, 1998.
Styles house - 5918 Cimarron St. Los Angeles, Ca. 90047
Baker house - 5911 Cimarron St. Los Angeles, Ca. 90047
Brandi's house - 5906 Cimarron St. Los Angeles, Ca. 90047
All three houses were built in 1923. The Styles and Baker houses can also be seen in Don't be a Menace to South Central While Drinking Your Juice in the Hood as Ashtray and Loc Dog's houses. 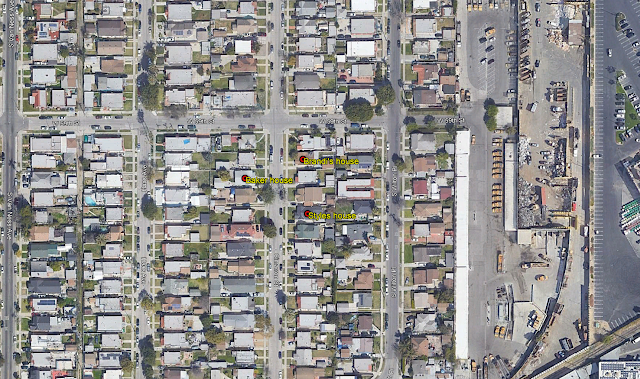 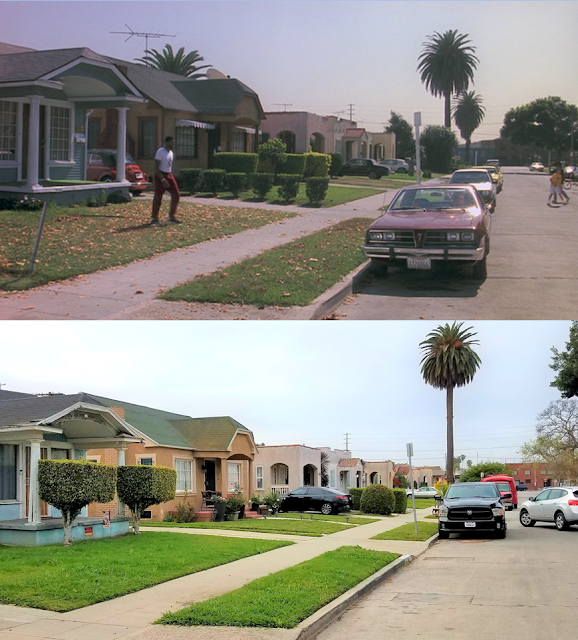 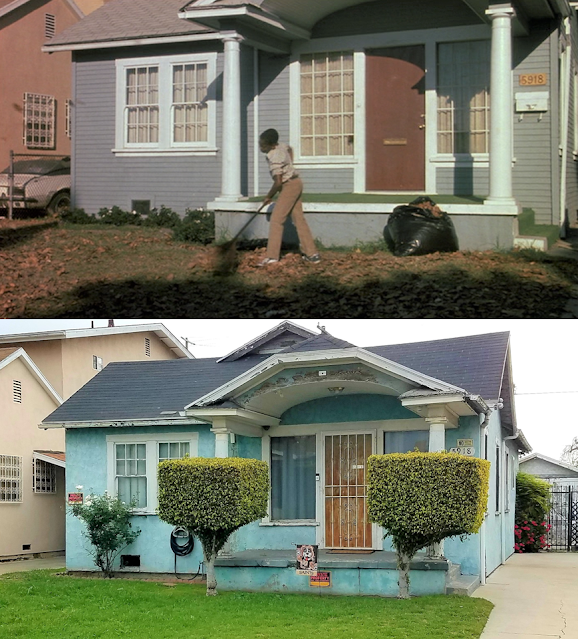 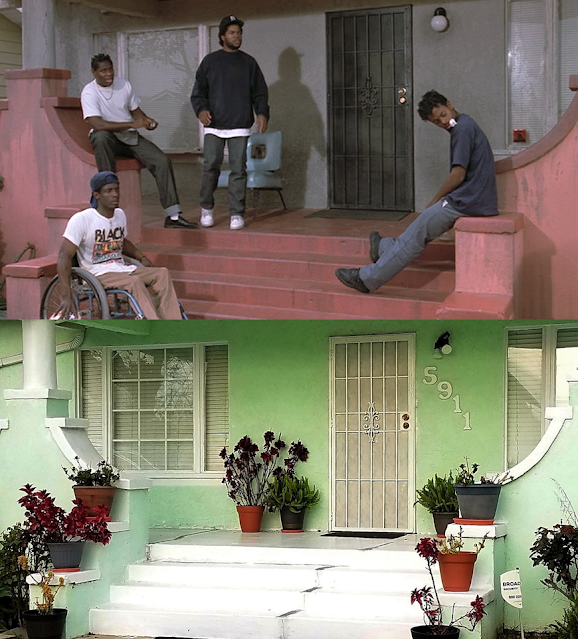 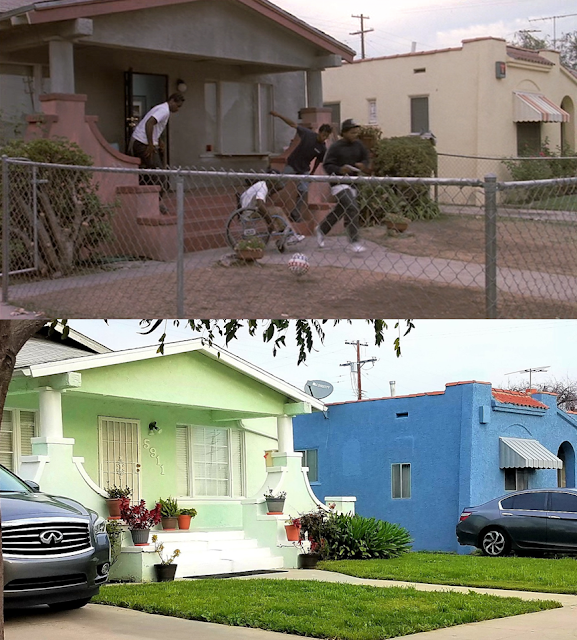 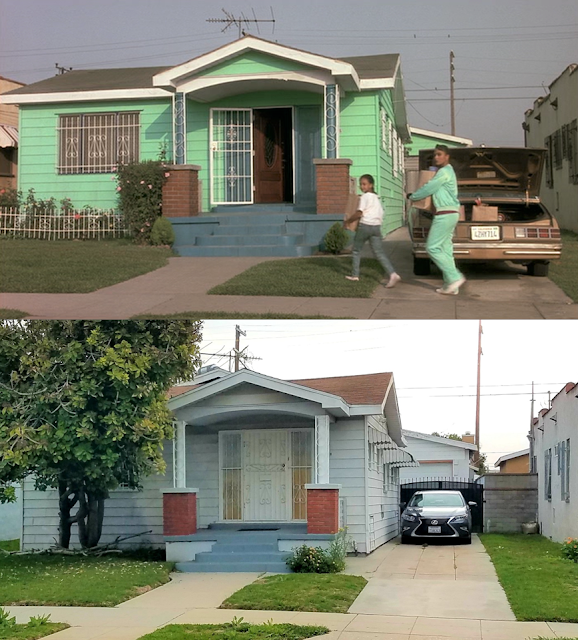 "Ya'll wanna see a dead body?" - 6002 S. Wilton Pl. Los Angeles, Ca. 90047
An empty lot at the time of filming, in 1993 the house that currently occupies the spot was built there. Over the years the neighboring houses on the same side of the street were demolished and rebuilt as new homes. 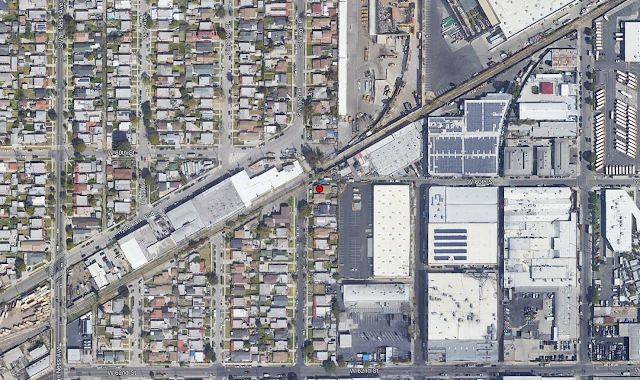 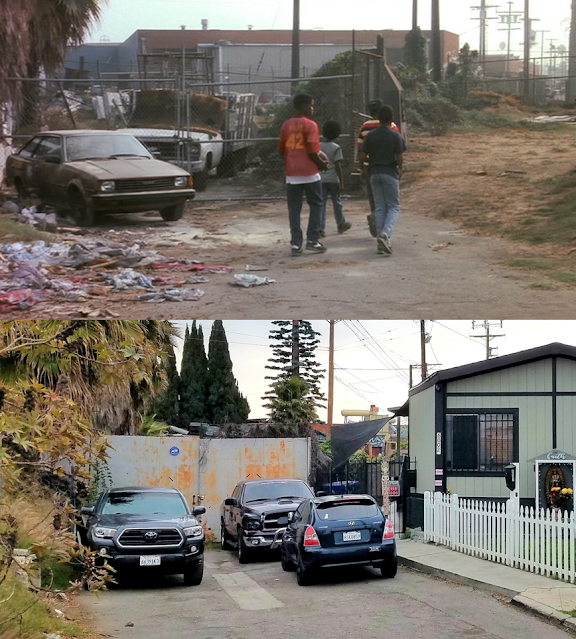 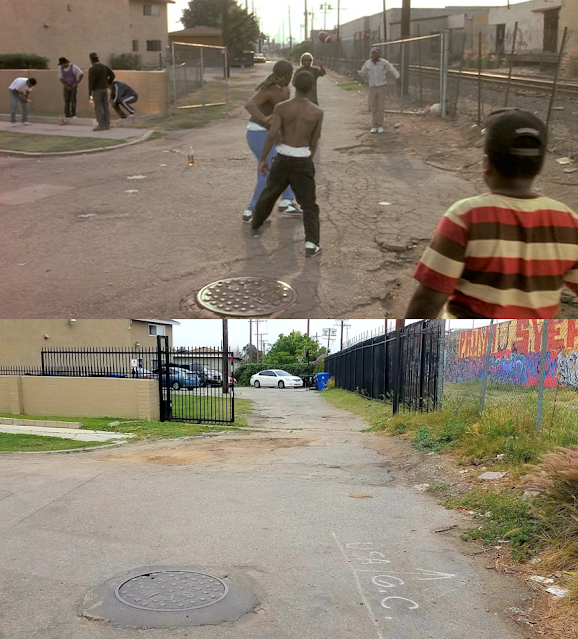 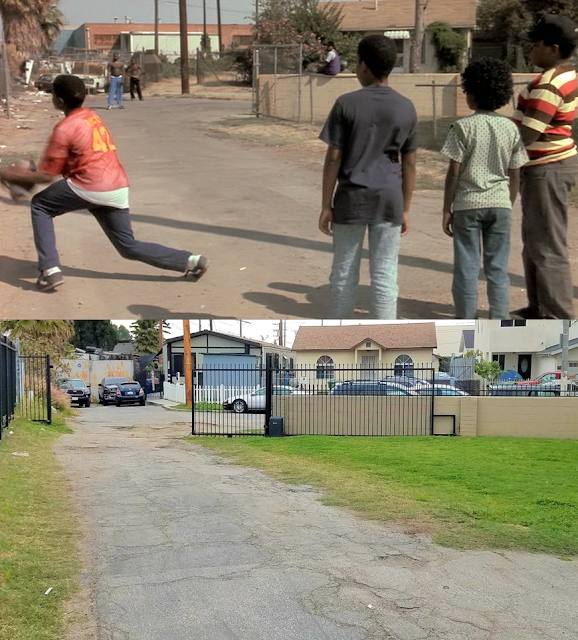 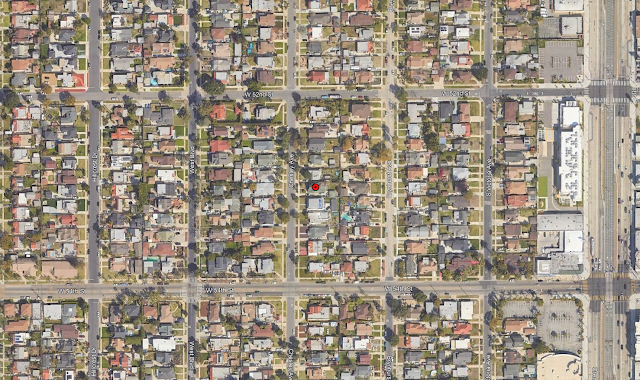 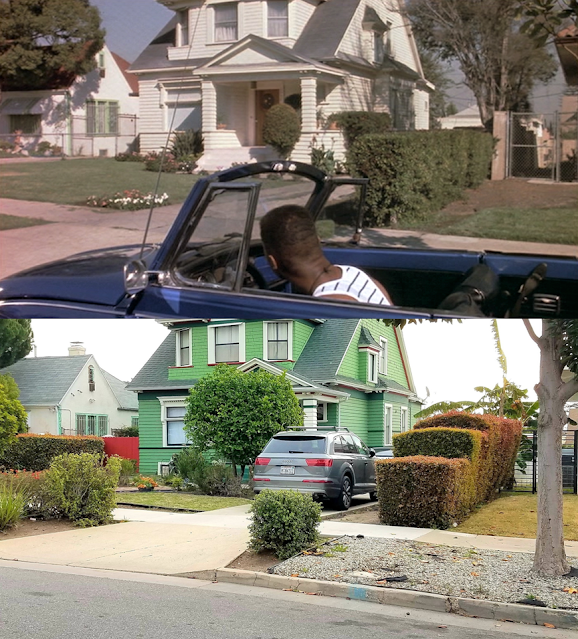 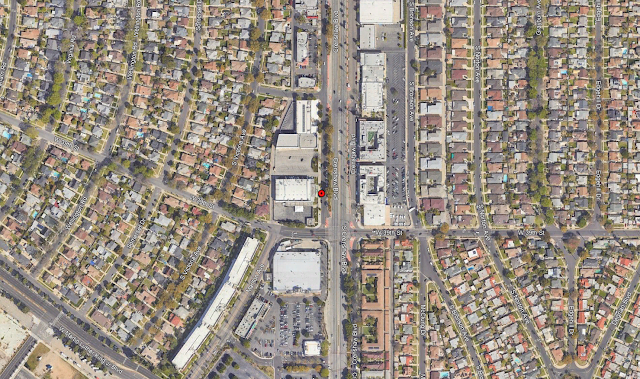 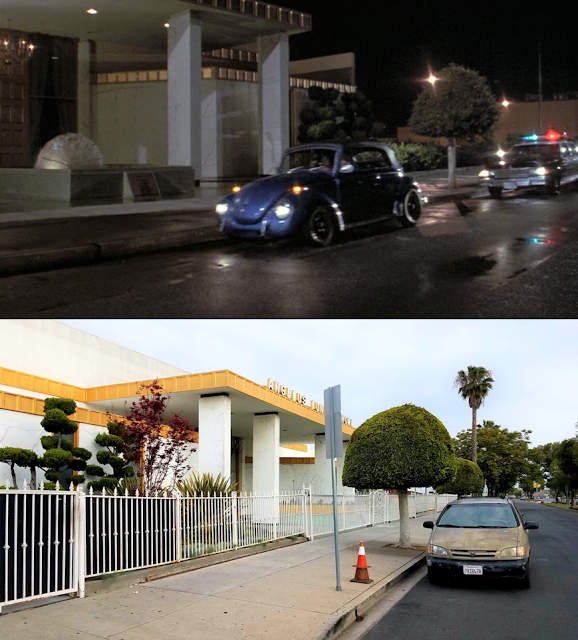 Ricky and Tre run - in between* 3026 & 3030 5th Ave. Los Angeles, Ca. 90018
The houses were built in 1916. The alley in which they run into, is in reality directly behind the houses. The alley is gated from both ends, so I wasn't able to gain access. My photos were taken through the gates. In screenshot number one, the camera is facing north towards W. 30th St. In screenshot number two, the camera is facing south. When they split up and walk their separate ways, Ricky goes north and Tre goes south. 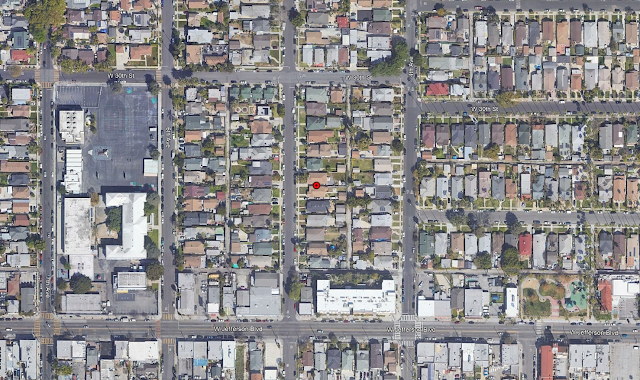 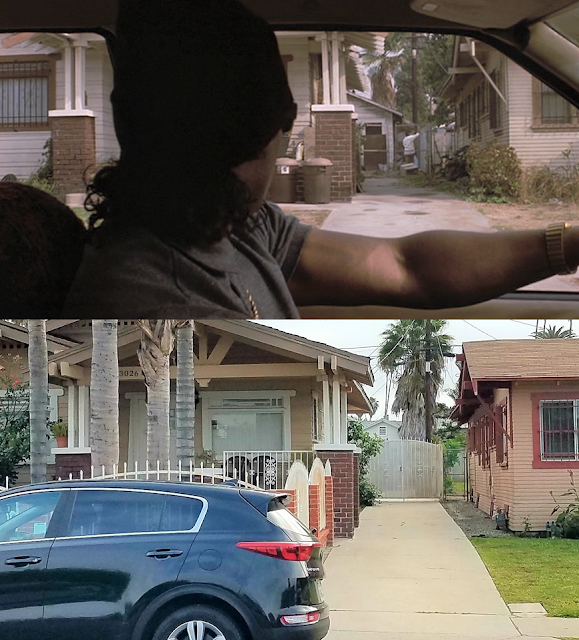 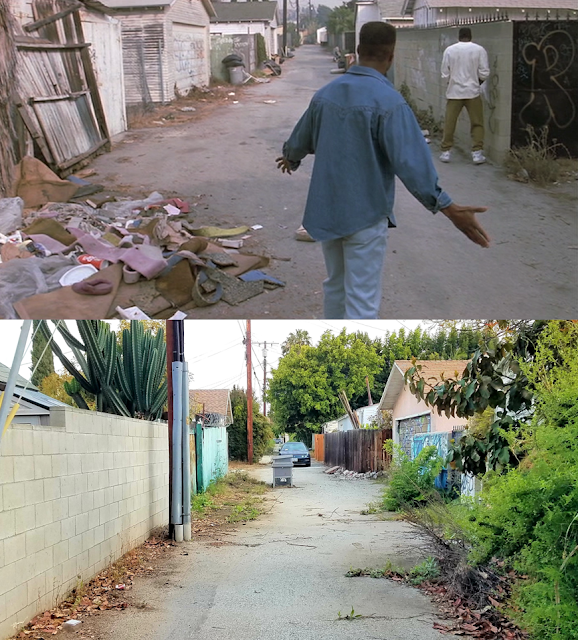 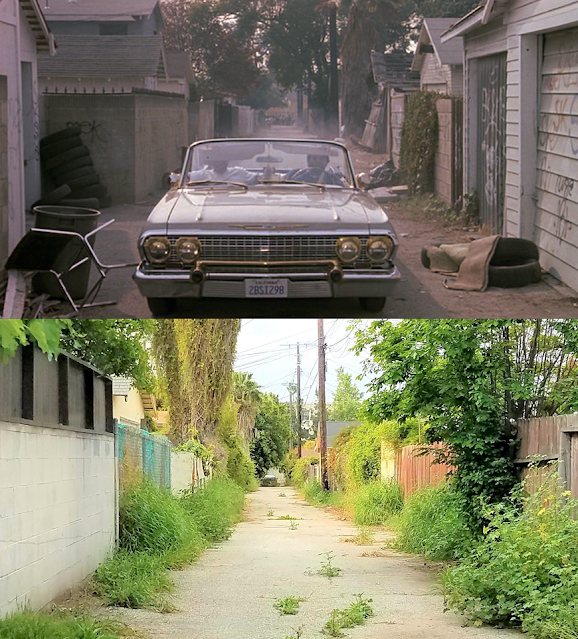 Triple murder - 3701 Santa Rosalia Dr. Los Angeles, Ca. 90008
The sequence took place on the south portion of the Baldwin Hills Mall parking lot. The Eat a burger was demolished in 2010. A Staples parking lot now occupies the spot where the structure stood. 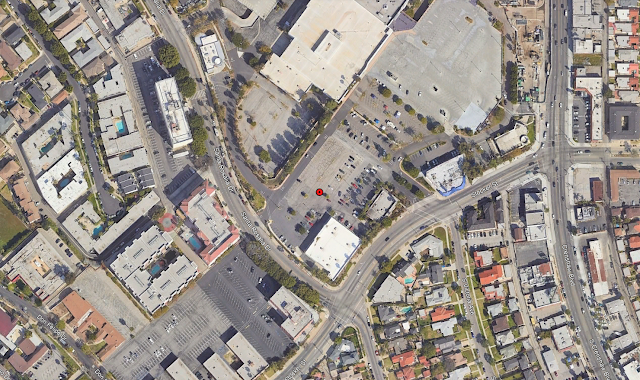 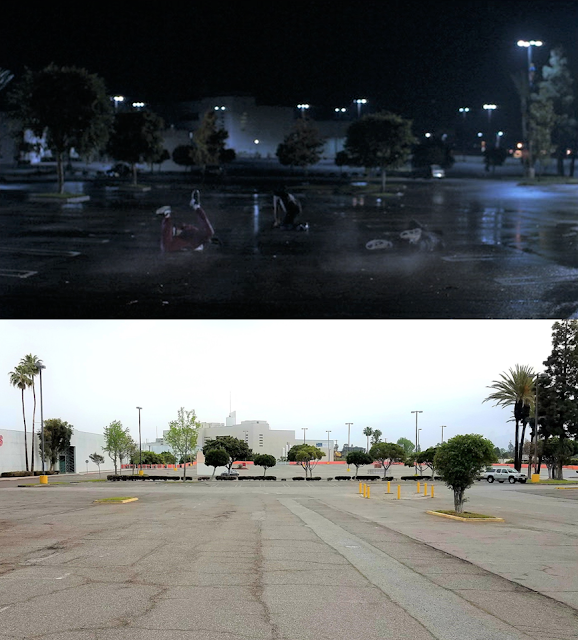 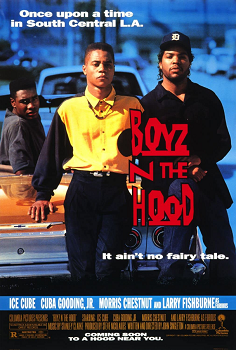