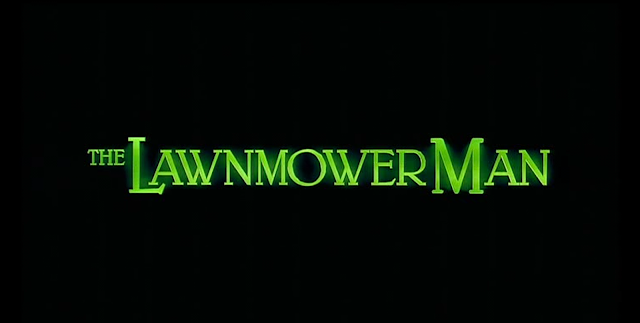 The Lawnmower Man was released into theaters on March 6th, 1992. Filming locations include Santa Monica and Pasadena, Ca. It was directed by Brett Leonard. Jeff Fahey played Jobe Smith a.k.a. The Lawnmower Man. Other notable Fahey movies include Darkman III, Machete, Planet Terror, Psycho III and Wyatt Earp. The movie was originally titled Stephen King's The Lawnmower Man, named after a 1975 short story by King. However, the movie differed so much from King's source material that he sued the filmmakers to have his name removed from the title. A federal judge ruled in King's favor. Despite the ruling, New Line did not comply and initially released the home video version as Stephen King's The Lawnmower Man. It's followed by Lawnmower Man 2: Beyond Cyberspace, released four years later. The score was composed by Dan Wyman. The films first DVD release was on December 17th, 1997.
Angelo house - 1000 Buena Vista St. S. Pasadena, Ca. 91030
The 7,158 square foot house was built in 1903. It's on the same street as the Cunningham house from Christine. As a matter of fact, this entire area features a plethora of filming locations. Also, right next door at 1014 Buena Vista Street is the Parkette house, just as it's depicted in the movie.
I'd like to thank PaulH of Halloween Filming Locations for finding this location. 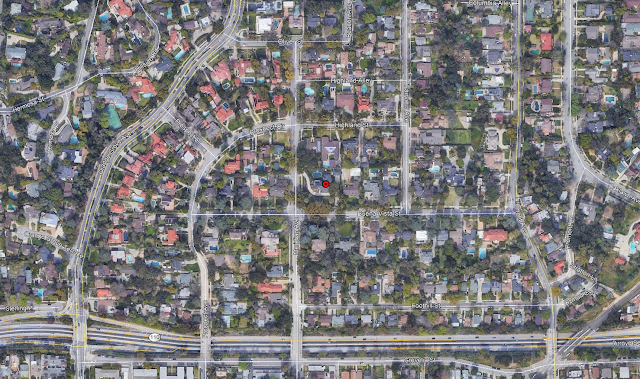 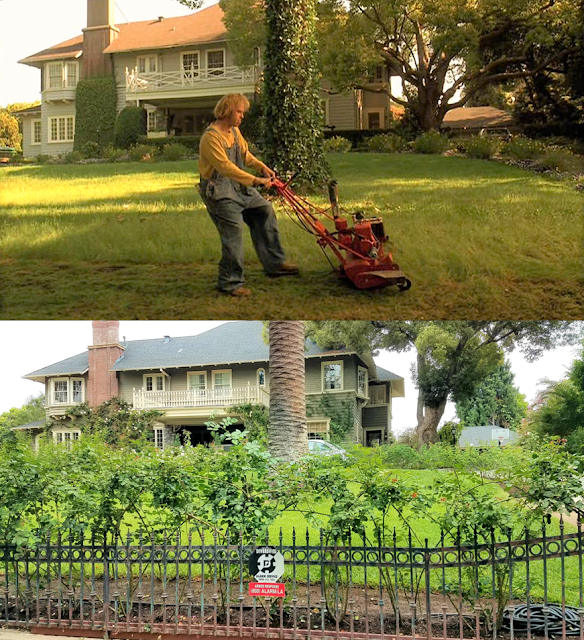 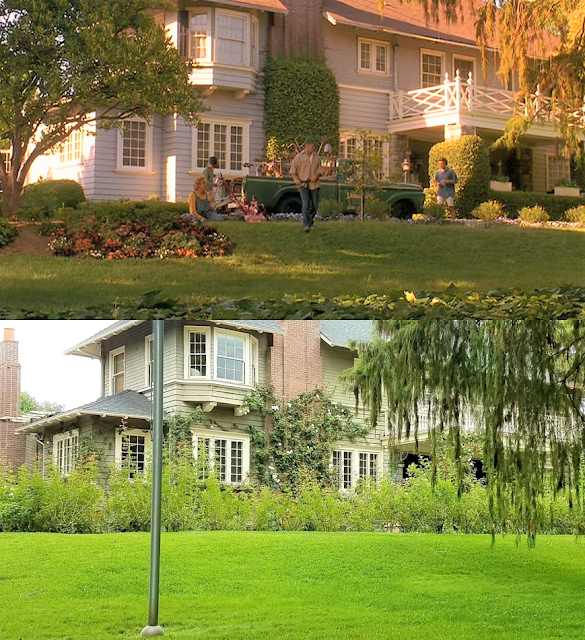 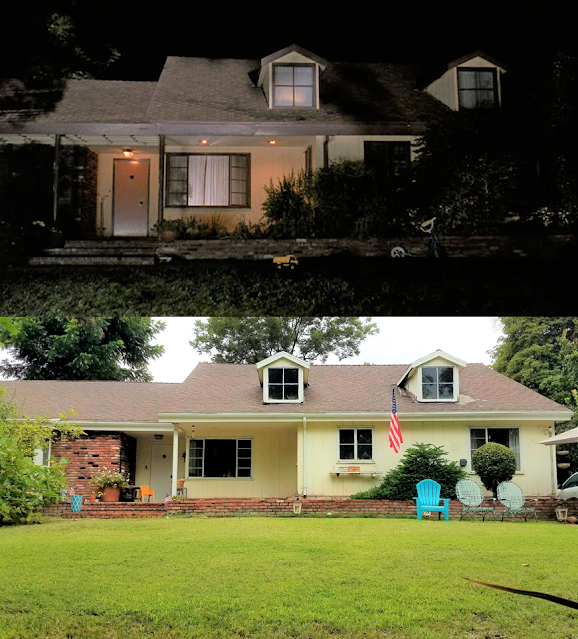 Saint Anthony's Church - 1100 Avenue 64 Pasadena, Ca. 91105
(Church of the Angels)
The church was constructed in 1889. Following the 1971 San Fernando earthquake, the bell tower was shortened due to structural damage. In the early 90's it was structurally reinforced and rebuilt to it's original height. The steps that led to Jobe's shack are still there. I'm unsure if there was ever really a structure there or if it was just built for the movie and then taken down afterwards. 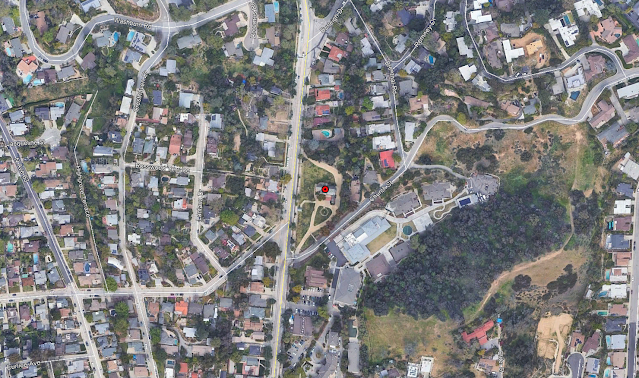 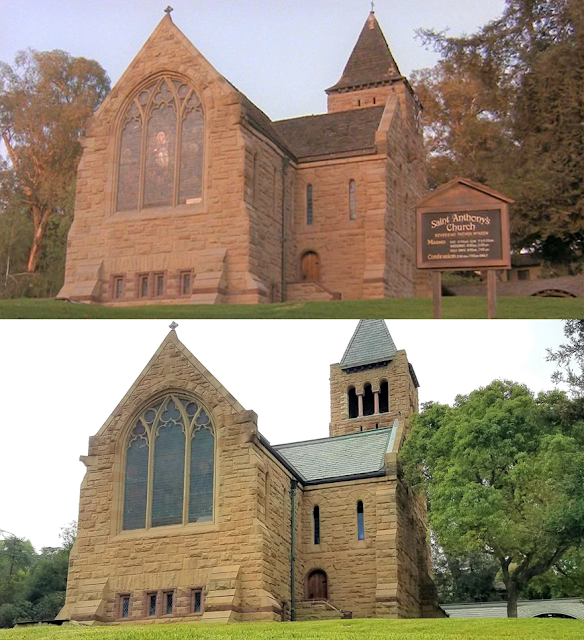 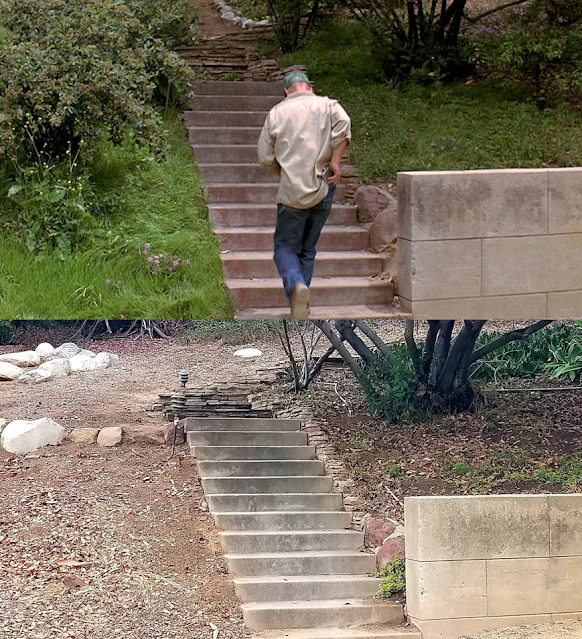 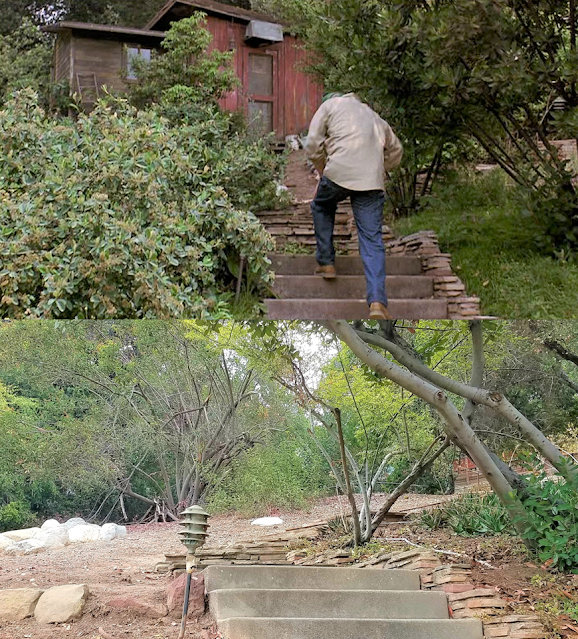 Harley's Gas 'Er Up - 507 Entrada Dr. Santa Monica, Ca. 90402
(Marquez Filling Station)
It was built in 1924. On May 25th, 2005 is was designated City of Los Angeles Historic Cultural Monument #800. The structure is almost entirely hidden from public view now, due to all of the surrounding foliage growth.
I'd like to thank PaulH of Halloween Filming Locations for finding this location. 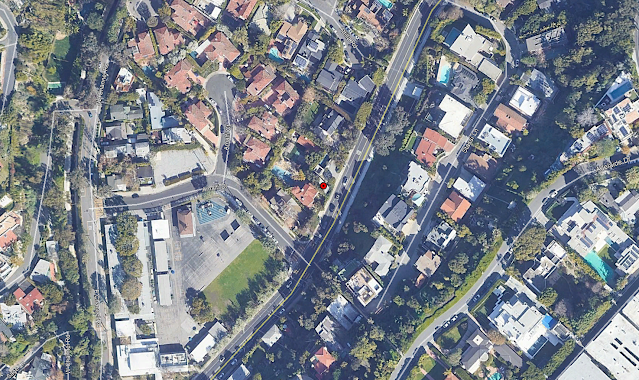 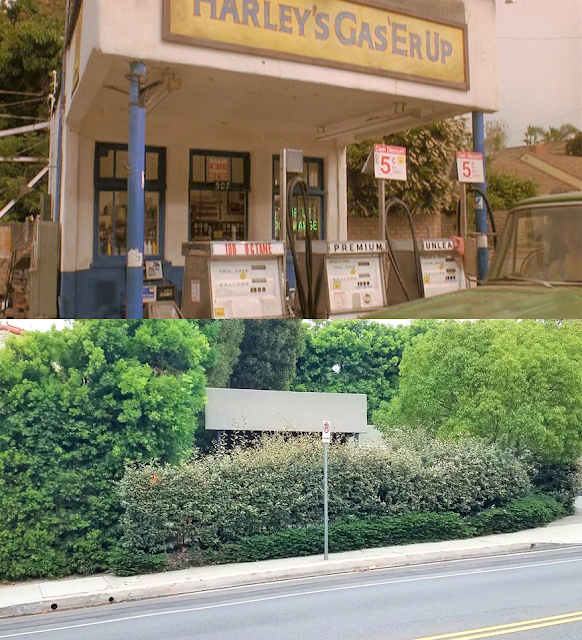 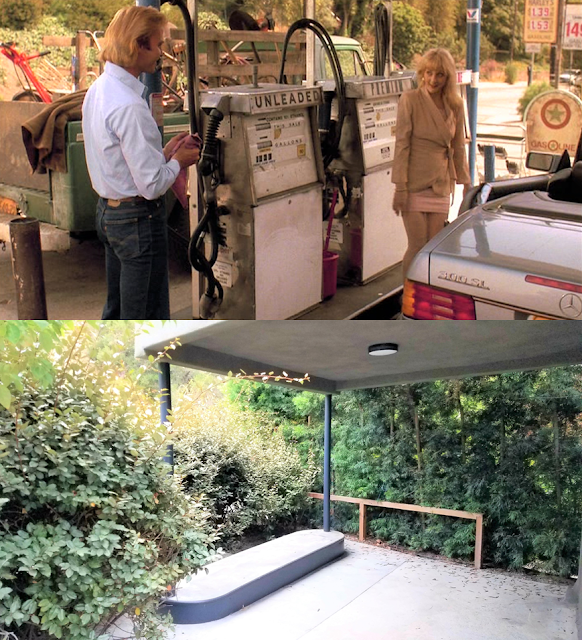 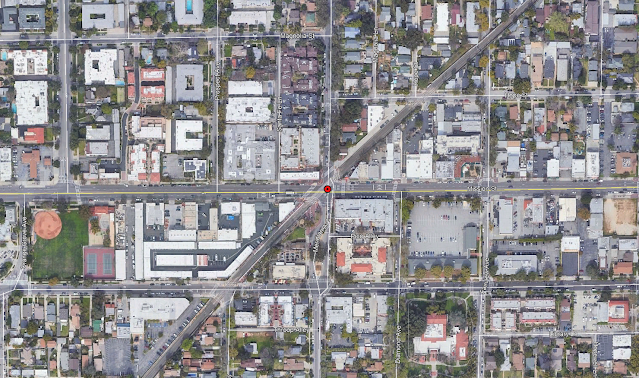 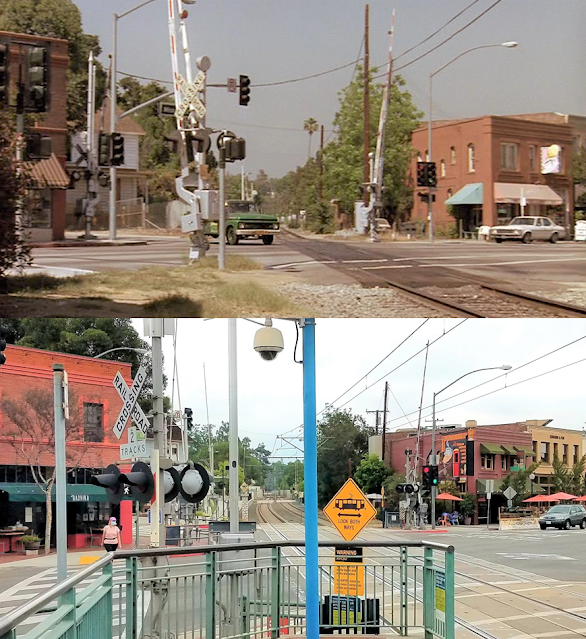 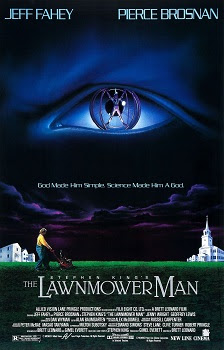