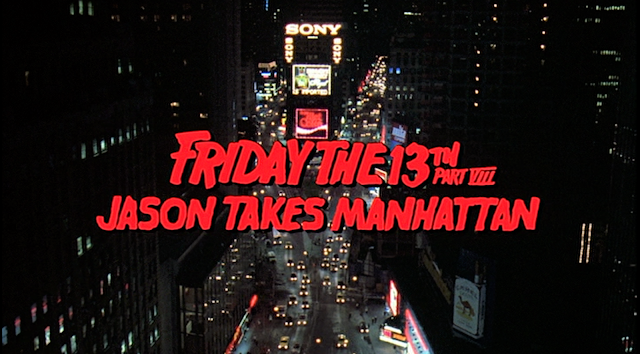 Friday the 13th Part VIII was released into theaters on July 28th, 1989. Filming locations include New York, NY. and Britannia Beach and Vancouver, BC. It was directed by Rob Hedden. Kane Hodder reprised the role of Jason Voorhees from The New Blood, making him the first (and only) person to play the character in multiple Friday the 13th movies. He would go on to play the character two more times in Jason Goes to Hell and Jason X. Despite the title of the movie being "Jason Takes Manhattan", the only scene filmed in New York City was the Times Square sequence. The cook whom Jason tosses into the mirror inside the diner would go on to play Jason Voorhees in Freddy vs. Jason, fourteen years later. The original theatrical poster for the movie had Jason cutting through an "I love New York" poster with a knife, however the New York Tourism Committee filed a complaint and the poster was later changed. In promotion for the movie, Kane Hodder appeared on The Arsenio Hall Show in full costume and never spoke during the interview, as to not break character. The score was composed by Fred Mollin. The films first DVD release was on September 3rd, 2002.
Lazarus departs - west of* Sea-to-Sky Hwy. and Copper Dr. Britannia Beach, BC. Canada
The dock itself has been gone for decades. The screenshot is looking south. 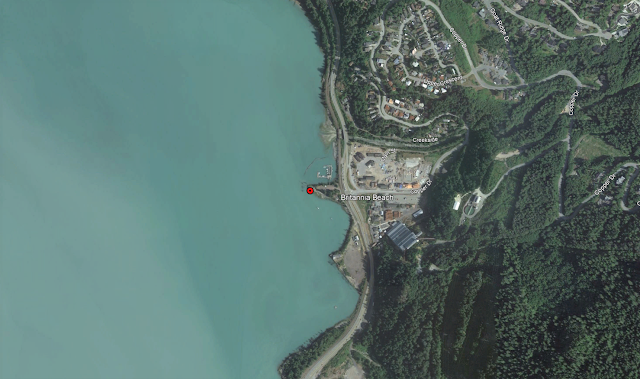 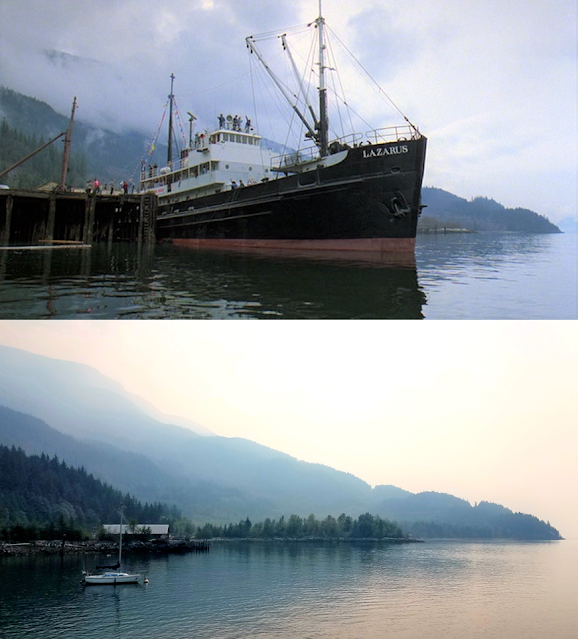 Alley - behind* 156 W. Hastings St. Vancouver, BC. Canada
The alley connects Cambie St. and Abbott St. Most of the New York City alley scenes were filmed here. It's directly behind Tom's Diner, where Jason throws the cook into the mirror. The scene of Jason and Julius boxing was filmed on the roof of the building. When Jason punches his head off it lands in the alley. 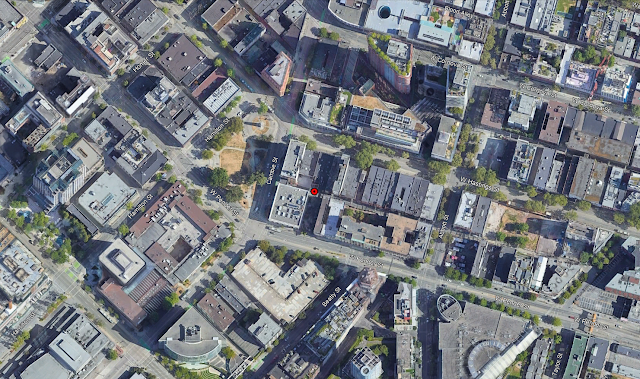 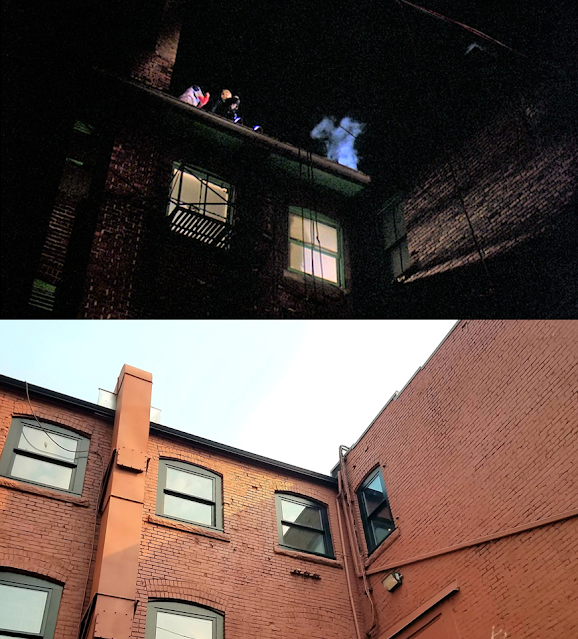 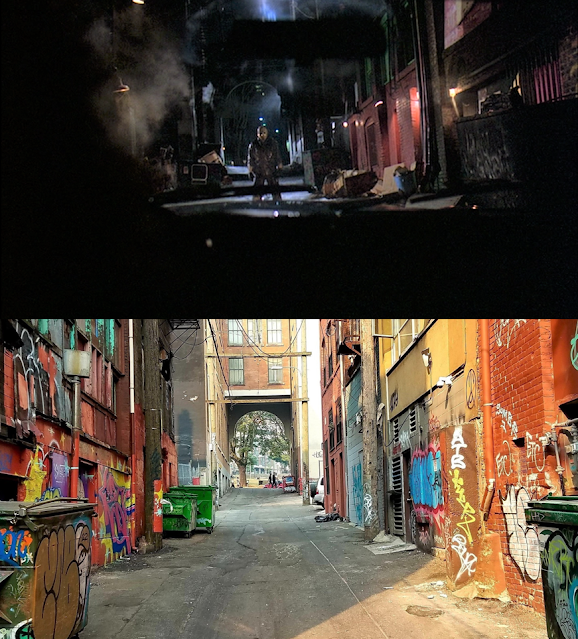 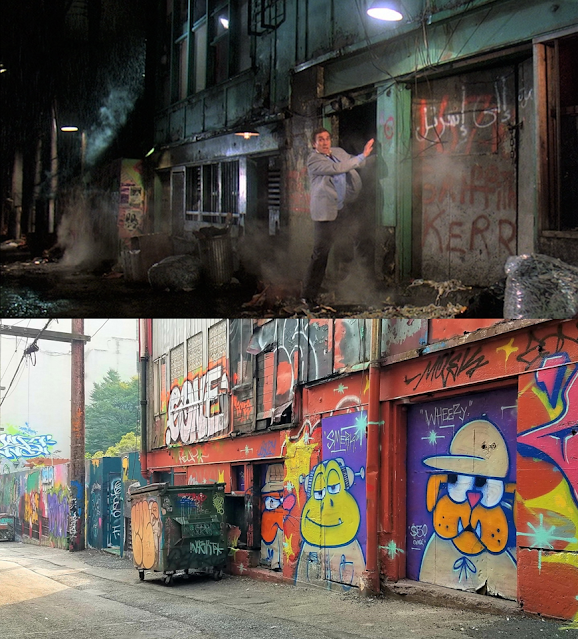 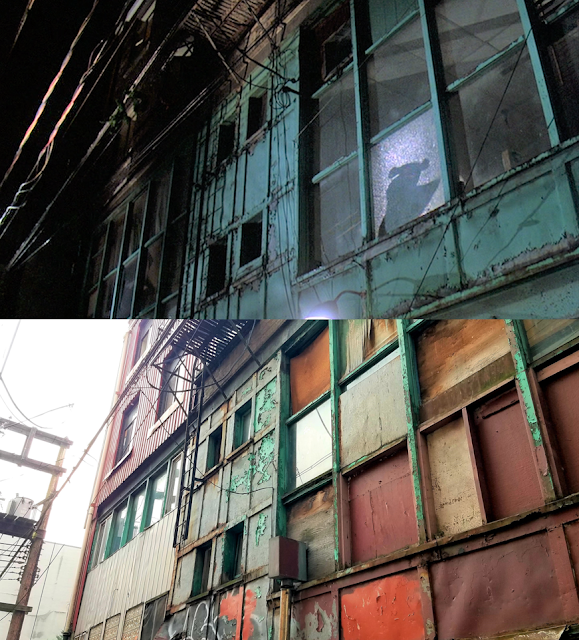 A scene from the 2002 movie They was also filmed in the alley. 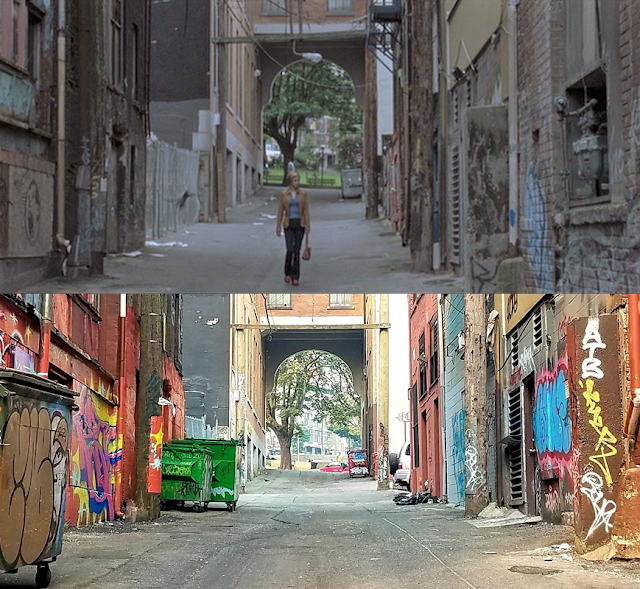 Subway entrance - 655 Seymour St. Vancouver, BC. Canada
(Granville station)
The Granville station opened in 1985. The escalator seen in the movie is located just beyond the fare gates at the inbound platform level. 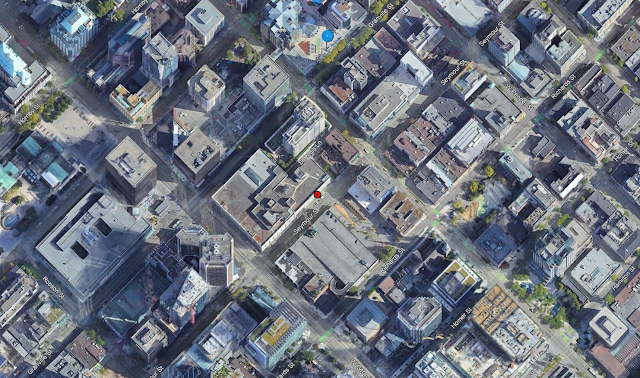 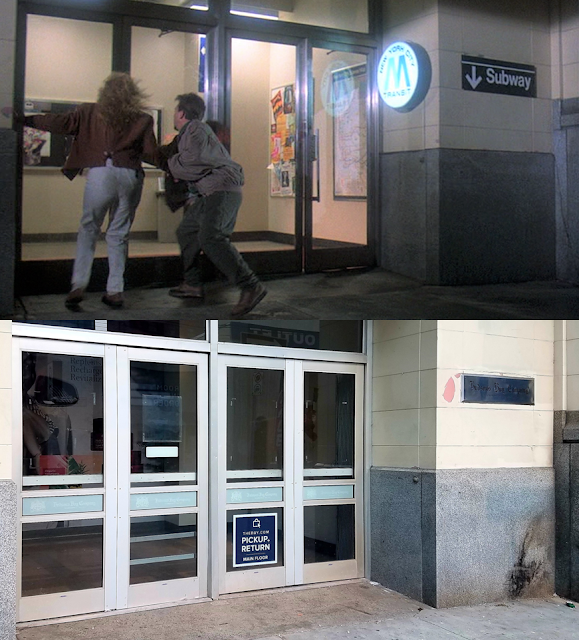 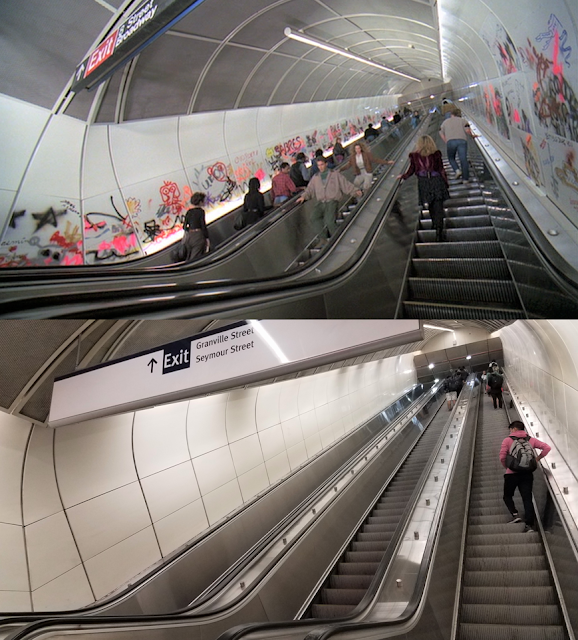 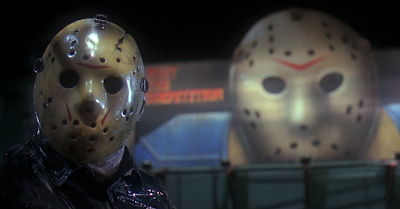 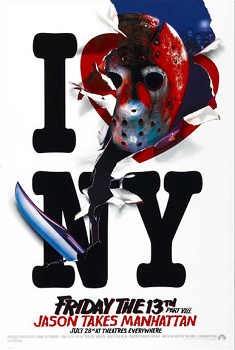